History of the Program 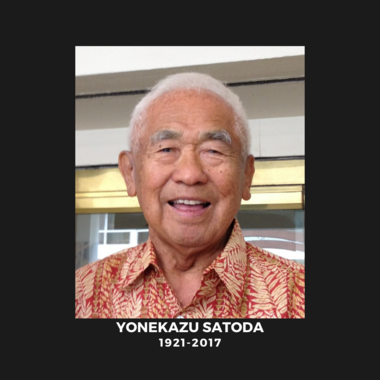 A diary by 92-year old former internee, Yonekazu Satoda, resides at Yale University’s Beinecke Rare Book & Manuscript Library. The diary was featured in the exhibit, “Out of the Desert: Resilience and Memory in Japanese American Internment,” which ran between November 2015 through February 2016 in the Sterling Library Memorabilia Room. Although the author of the diary was initially thought to have passed away, the curator tracked down Mr. Satoda (who was residing in San Francisco at the time) and wrote to request permission to include the journal in the exhibit, which Mr. Satoda granted. The Beinecke Library flew Mr. Satoda, his wife, and children out for the exhibit opening where Mr. Satoda delivered the keynote address. It was Mr. Satoda’s wish to contribute to the ongoing research, dialogue, and remembrance of Japanese American internment through this generous donation to the Yale Asian American Cultural Center. In particular, Mr. Satoda and his family specified that the funds be allocated specifically for student research and understanding of this history. Thanks to the generous gift from Mr. Yonekazu Satoda and his family, 2017 marked the inaugural year of the AACC Satoda Scholars Program. 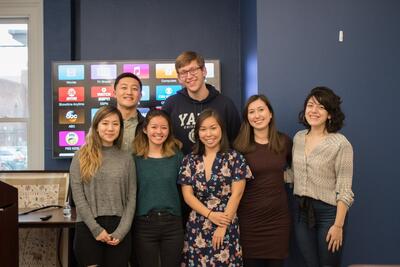 Overview of the Program

The Asian American Cultural Center Satoda Scholars Program awards research grants to undergraduate, graduate, and professional school students to conduct original research related to the mass forced removal and incarceration of Japanese Americans during World War II and/or Incarceration Studies more broadly.
Satoda Scholars selected in 2022 will serve as the sixth cohort and are each awarded $500 in research funding. Yale undergraduate, graduate, and professional school students are eligible. The following are project titles of past Satoda Scholars:
2017

Each AACC Satoda Scholar will be required to:

Future of the Program

The Satoda Scholars grant will be awarded annually following the inaugural cohort of 2017. Each year following the inaugural cohort, two awards will be granted per year. Alumni of the program will be connected with each incoming cohort of Satoda Scholars to encourage dialogue, community-building, and legacy beyond the program.
If you would like to contribute a gift toward the Satoda Scholars Fund, please contact AACC Director, Joliana Yee at joliana.yee@yale.edu.
Additional NavigationClose